Active, but more than Active 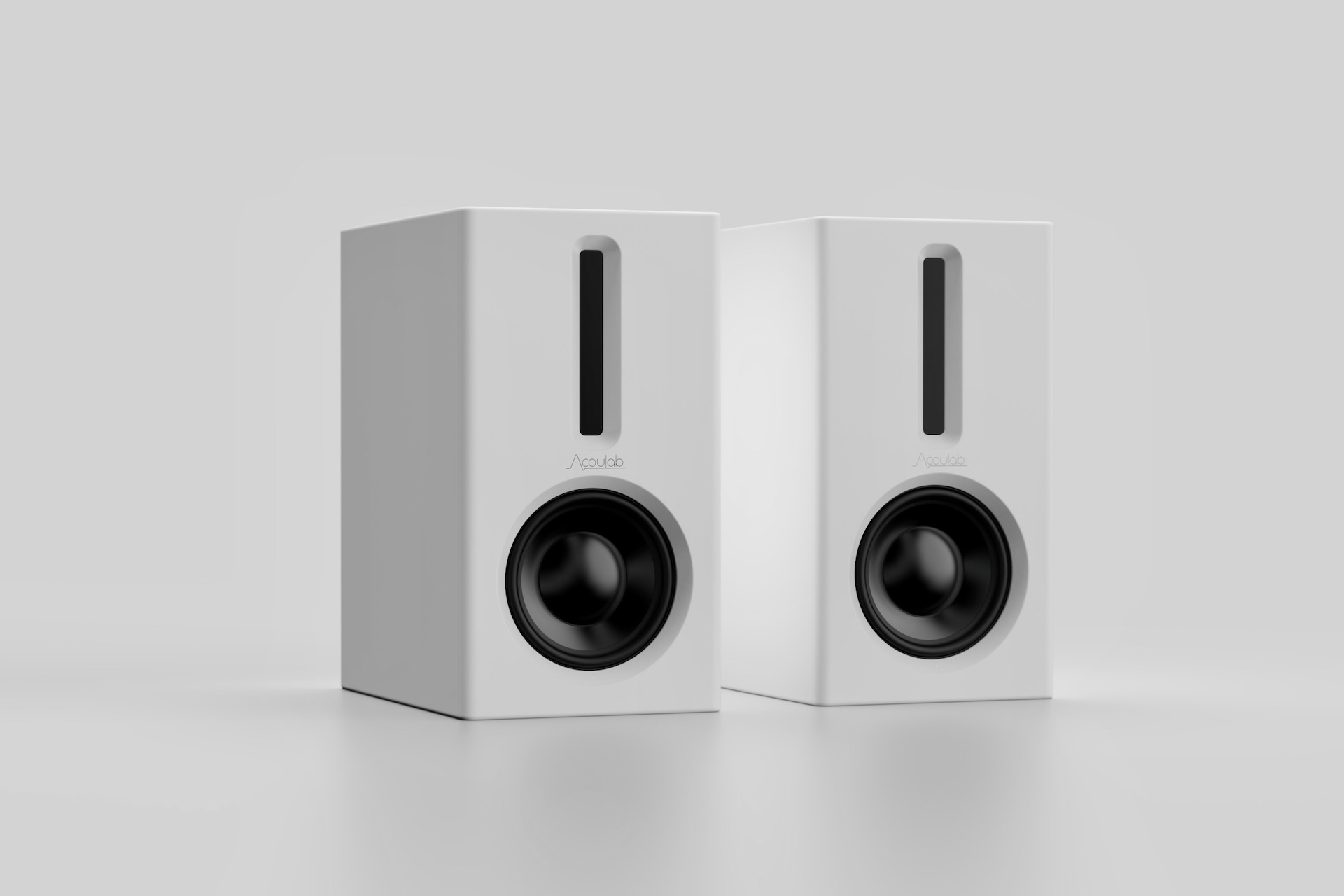 Première S is a two-way design – with a twist.
Using a large Air Motion Transformer (AMT) and motional feedback technology, Première manages to overcome the traditional limitations of such designs.

Instead of being used purely as a tweeter, the AMT covers an extended frequency range of 1kHz and upwards.
Premières woofer uses a sensor-based motional-feedback system, which compares the woofers output to the input signal – correcting deviations in real-time. As a result, Première can play down to 25Hz (-3dB), while keeping distortion at a minimum.

In addition, Première leverages the power of digital signal processing and FIR filtering to provide a time-coherent playback behavior. Great care has been taken to ensure the most transparent A/D and D/A conversion – respecting the qualities of any upstream components in the audio chain.
After processing and D/A conversion, Class D Hypex nCore amplifiers are used to drive each transducer individually.

Première features balanced analog and digital inputs, as well as automatic signal detection. It is thus easy to integrate in any system.

Première is designed and manufactured in Germany, relying on globally sourced parts only if unavoidable, or favorable to the products’ performance.

Première S starts at €4.699 and is available immediately at acoulab.eu/premiere-s .
Sales are currently limited to the European Union.

About AcouLab
AcouLab was originally founded in 2018 in aims to bring modern approaches & technologies to a traditionally conservative high-end market, mainly focusing on active loudspeakers.